In class, we recently watched the movie “Goodbye Christofer Robin”. The movie is primarily about Christofer Robin Milne´s childhood and the life of A.A. Milne, the author behind “Winnie the Pooh”. A.A. Milne was a soldier during world war 1, “the war to end all wars”. It was very difficult to be a soldier during this war because it was a “trench war” dominated by personal combat and slow progression on the battlefield, which left many military casualties. As many as 10 million soldiers are estimated to have fallen during this brutal war. Due to A.A. Milne´s experiences from the war, he developed severe Post Traumatic Stress Disorder. This was seen throughout the movie when something triggered his PTSD, Milne would act out, sometimes towards his son Christofer Robin. On one occasion, Christopher Robin went on a walk in the woods with his dad and his friend E.H. Shepard and they tried to lift an object with balloons. This didn´t work and E.H. Shepard popped one of them, this triggered something in A.A. Milnes but he managed to keep his sanity. One by one they popped each of the balloons and this symbolized a change in mindset for Christopher’s father A.A. Milnes.

The theme of happiness in this movie is important. I think that what makes me happy is doing things I like with people I like. This is something that Christopher Robin or “Billy Moon” as he is nicknamed lacks in his life. I believe that Christopher needed parents who were there for him. Further along in the story, I think he needed to just be a child, instead of a celebrity who was the inspiration for the Winnie the Pooh book series. Instead of making Christopher Robin happy, his father A.A. Milne decided to make a book which made everyone else´s children happy. “After the war there was so much sadness, then Winnie the Pooh came along.” (Christian & Curtis, 2017).

Christopher Robin and his father had a sometimes strained & sometimes lovely relationship with each other. In the movie, they are seen together usually when they are taking walks in the forest near their house and playing together. What happens, later on, is that A.A. Milne decided to capitalize off of Christopher Robin´s childhood adventures. This is most obvious when Christopher Robin receives a call from his father on his birthday, with his father congratulating him. This is only to find out that they are being listened to on a radio show and that that is the reason his father called him. Christopher Robin had a really good relationship to his nanny, which he called Nanny. She was the one who took care of Christopher Robin most of the time, while his parents were “busy” doing all other sorts of things.  At the beginning of the movie, it would seem as he would be a lot more worried about his Nanny leaving him than his actual parents. His nanny clearly has a parenting role throughout the movie. When she tells Christopher Robin about a guy she had been seeing, Christopher Robin became really upset, and this further upset his parents. They saw it almost like a betrayal that she would have a private life with a person she was seeing outside of what was her job. She then got fired.

Later in the story, Christopher Robin would attend a British boarding school. The students at these schools are notorious for being rough towards “newcomers” and also for not including certain classmates. It is easy to say that life for Christopher Robin in boarding school was not easy, he was a regular target of bullying by his peers. In the movie, his bullies would say “Nobody cares, nobody cares when Christopher Robin got thrown down the stairs”. Christopher Robin hated the stories of Winnie the Pooh and he would try to attend the military when he finished boarding school. He was not accepted into the military and so he asked his father to try to get him into the military, considering he had a very high social status in British society. This was against A.A. Milne and his wife’s wishes, he believed world war 1 would be the war to end all wars, but history repeats itself. A.A. Milne felt like he owed his son to be granted his wish, and so he went through with it. Christopher Robin went to war. Later A.A. Milne and Daphne would receive a letter saying that their son had gone missing. It was assumed that he had lost his life at war, but thankfully this was disproven when he one day showed up at their house. The story of Christopher Robin would end rather happy when he ended up happily married and as the owner of a book store in Devon. 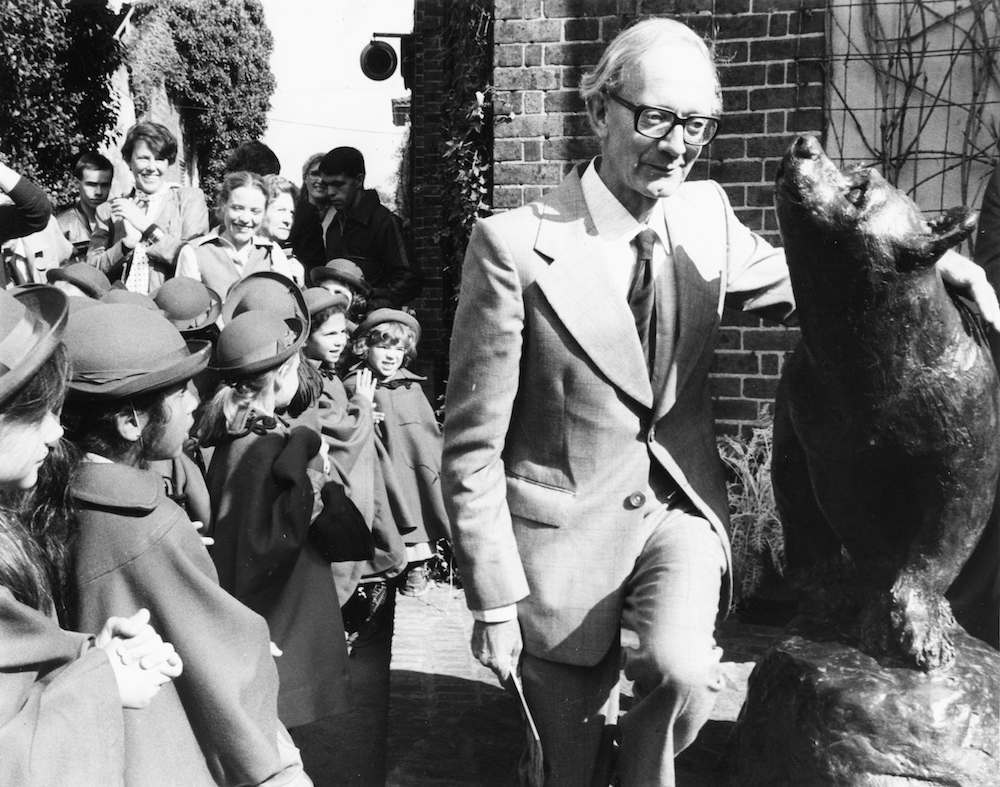 View all posts by Aheim

One thought on “Happiness During Periods of Conflict”